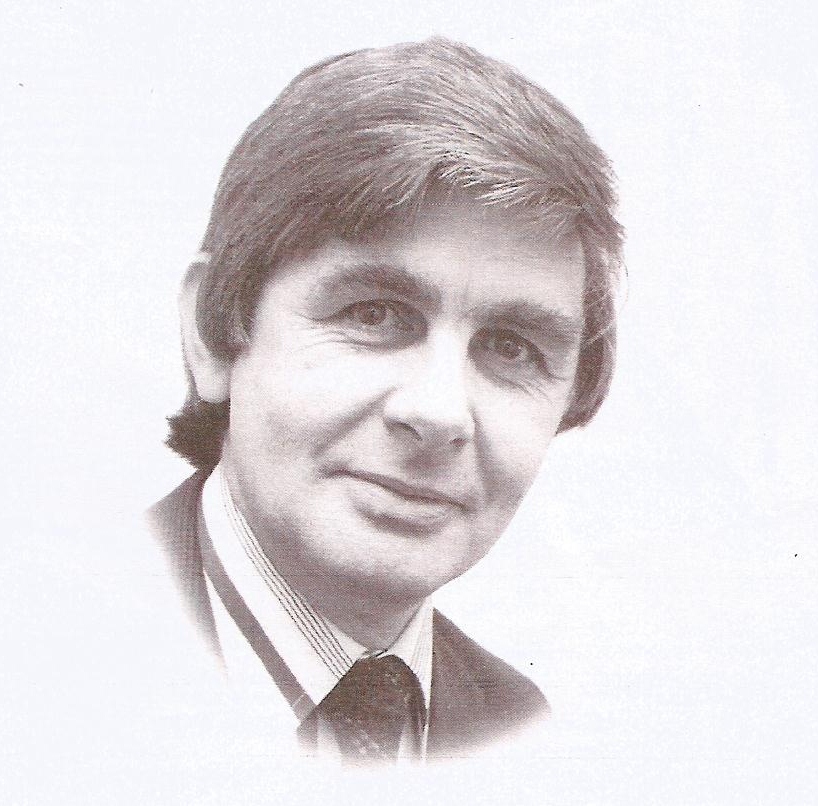 Adrian Johnson, who graduated from Guisborough Grammar School in 1952, became a senior representative of the British Council and made significant contributions to the development of cultural and academic relations between Britain and China.

He was born in North Skelton into a strongly Methodist family. His father and later his brother Ian worked in the local steel industry. After junior school Adrian travelled to Guisborough in the panting pre-war petrol-driven buses that had barely enough power to get up the hills on the journey from Loftus. He obtained the ‘School Certificate’ (later General Certificate of Education) in 1949 and the Northern Universities GCE Advanced Level in mathematics, physics and chemistry in 1951. In those days academically able boys were allowed to ‘skip a form,’ i.e. miss a whole year, so that they could spend extra time in the sixth form, preparing for university entrance. By the time Adrian retook his A’ levels in 1952, he had gained admission to Jesus College, Oxford, and his achievement was recognised by the award of a County Major Scholarship. The educational experience of those in the sixth form at that time was an extraordinarily rich one. Besides their specialist subjects, all were required to write a weekly ‘English appreciation’ (usually comments on a poem or prose passage), given the opportunity to study general affairs and music, and participate in a range of extra-curricular activities. Adrian was a member of the football team and scout troop, and participated as stage-hand or chorus member in the annual productions of Gilbert and Sullivan operas.  For a while he played the violin in the school orchestra.  He was still talking appreciatively of his school education in the last months of his life.

Before Oxford, however, there was National Service. Adrian found his two years in the Royal Air Force a frustrating experience, but he used them to think about the purpose of his life, about the injustice and waste of human potential that he saw in society, and about what he could do to make the world better. After a few months at Oxford, he changed his academic subject from chemistry to theology, and graduated in 1958. That this change of direction should be possible at degree level is a reflection of the breadth of his school education.  About this time he married Ione Mary Hammond, also from a Methodist family, and it was not surprising that they volunteered to teach in a missionary school in Sarawak, thus beginning their long association with South East Asia. They were there about ten years and during this time their daughter Lois was born. They made lasting friendships and enjoyed meeting people and learning about the country. Later they contrived to go back when on leave to enjoy the tropical warmth as an antidote to cold winters in Beijing.

The 1960s were times when young people challenged conventional wisdom and asked searching questions, not least about religion. Formulae that had been accepted without question for a generation no longer seemed to be adequate to meet the needs of contemporary society and there were widespread attempts to re-express the essential content of religion in new ways. In the UK John Robinson published his book Honest to God; in Sarawak Adrian’s critical mind and own intellectual honesty led him to resign from his connection with the Methodist Church and to seek to continue his work formally outside it. His commitment to serve the people of developing countries, especially those formerly under British jurisdiction, was unchanged.

He applied to the British Council and was sent to take a Master’s course in linguistics at the University of Edinburgh. His first overseas appointment was as education officer in Dhaka in 1972, less than a year after Bangladesh gained independence from Pakistan. Ione volunteered to help where she could. Besides British Council administration, Adrian’s work involved working with others to facilitate the redesign and rebuilding of the educational system. His correspondence showed his voracious interest in everything round him. There were, for example, references to issues such as the introduction of new strains of rice to increase food production.

In August 1980, after a sort spell working at British Council headquarters in London, Adrian was posted to Accra. Ghana had become independent in 1957, but there was still much to do to build up educational infrastructure at a time of political instability. There were similarities with Bangladesh and Malaysia but also important differences. Adrian clearly relished finding out how the country fitted in to an economically troubled world and wrote warmly of the kindness of the Ghanaian people. Then, with only three weeks’ notice, in 1982 he was appointed to a post in the Cultural Section of the British Embassy in Beijing. Ione had to arrange for their food supply to be distributed to friends, and after a short break in the UK they went to Singapore for intensive language training.

They were delighted with their new appointment, as it built on their previous experience in Malaysia, and they were fascinated by the astonishing array of cultural artefacts, silks, paintings, calligraphy, ceramics, lacquer work and statues that they found. China was slowly recovering from the Cultural Revolution of 1966 -1976. Life for many was hard and drab, and contacts with foreigners were discouraged. There was suspicion of modern western culture but a desire to understand and be understood. The British Council administered programmes in English language teaching, arranged exhibitions of British art and British books, and managed exchanges of students, scientists, actors, musicians and ballet dancers. It was Adrian’s job to ensure that these exchanges ran smoothly, even, for example, when there was a big influx of journalists for a state visit of the Queen. The 1980s were years of rapid change. In 1982, only 30 cities were ‘open to foreigners’, i.e. could be visited without official approval; by 1986, 480 cities were open. The legal system had been extended and prosperity had increased, and Adrian was fascinated by the attempt to introduce market forces with a Chinese flavour.

In 1987 Adrian was moved to Malaysia, one of the busiest British Council projects in South East Asia, with offices in Kuala Lumpur, Penang, Sarawak and Sabah, and over 100 staff. There was a large teaching and educational counselling service as 8000 Malay students were taking various British courses. Malaysia was one of the newly industrialised Pacific Rim countries, exporting manufactured goods such as microchips as well a primary products such as palm oil, rubber and tin. There was an extensive programme of cultural exchanges and technical cooperation funded by the Overseas Development Administration and on 31 December 1989 Adrian’s contribution in South East Asia was recognised by the award of a CBE in the New Year Honours.

In 1990 Adrian returned to Beijing for his final four years’ service with the British Council as Cultural Counsellor in the British Embassy. His work was much as earlier but on a grander scale. He and Ione arranged numerous cultural visits, set up educational projects, and facilitated business contacts. People visiting Beijing spoke of the wonderful hospitality they received. Chinese society was changing faster than ever but Adrian deplored the simplistic condescension with which it was viewed by the British press – “in the Times no less, though now much less than it was.” He continued to ponder the tensions and contradictions between Confucius and Mao, between market forces and communism, and was sceptical of the view that the new Chinese society would become just like one in the west.

Adrian formally retired in 1994 and he and Ione bought a house in Oxford, where they planned to settle. Within five months however they were back in China. Adrian was invited to become the executive director of the newly established China British Institute. This aimed to provide a series of courses, mainly in management and finance, for people already in service (what we would call continuing education). The development of innovative business courses that took full account of ‘Chinese characteristics’ was of course a project close to Adrian’s heart. He was initially meant to be based in China for three years, but misunderstandings about finance meant that his role was changed to ‘honorary advisor’ based in London, with visits to China of a few weeks each year.

He suffered a devastating blow in March 1998, when Ione, who had shared in all his overseas postings, died suddenly from a stroke.  But he continued his work, becoming a director, from 1998-2004, of the Great Britain-China Centre, an organisation established in 1975 to promote mutual understanding between the UK and China and to build long-term connections between decision- makers. He was a trustee of the GB-China Educational Trust, set up from proceeds from the Genius of China Exhibition at the Royal Academy. This provides financial support for Chinese students in the UK, for students studying the Chinese language, and for other academic exchanges. He continued to view applications and sit on selection committees right up to his death. He was invited to give lectures on Chinese culture at academic institutions, and to advise universities on setting up training programmes, both in business studies and other subjects. In 2004 he was elected an honorary fellow at Oxford Brookes University and worked with the Business School and Enterprise Centre on programmes for the exchange of senior government officials. He continued to maintain his contacts with China, to visit as often as possible, and to marvel at the changes taking place.

In 2000 he married Yuling Ma, whom he and Ione had known in London when Yuling was studying for a PhD degree in Pharmacology. Her husband had been killed in a road accident in 1995. Adrian and Yuling settled in Tilehurst near Reading and enjoyed 12 happy years together.

Adrian had the gift of being genuinely interested in those around him. That meant that he constantly made new friends and retained the friendship of those he had known a long time; even after gaps, conversations could begin where they left off. He had his hobby-horses but accepted being pushed off them with good humour. He never lost sight of the fact that serious thought and hard work was required to resolve conflict and misunderstanding between people of different cultural backgrounds. It is significant that in the second part of his life he was drawn to the Quakers and their commitment to peacemaking.

In 2011 he and Yuling invited three of his contemporaries from Guisborough Grammar School, and our wives, to lunch. In an email he asked: ‘Have we grown more radical or more conservative as we have grown older?’ An attachment containing a forthright attack on Tea Party Republicans showed that Adrian’s radicalism was undimmed. He died suddenly in June 2012 and, in September, about 120 people crowded into the chapel of Jesus College to pay tribute to him: family, friends, colleagues, diplomats, academics, and recipients of scholarships, British and Chinese. Two proud nations had been brought a little closer by his life.

(Dr David Smith is also an alumni of Guisborough Grammar School, and is currently Emeritus Reader in the Department of Chemistry, University of Sussex).