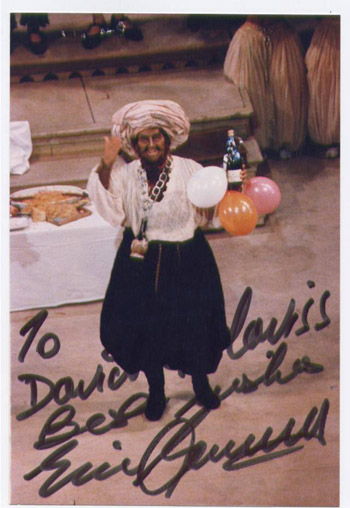 One of our most famous alumni is the opera singer Eric Garrett.

Eric was born in 1931 in Skelton, Cleveland, where his family owned the general store. He attended Guisborough Grammar School in the late 1940s.

Described as having a ‘love of music, a pretty rumbustious sense of humour, and an ambiguous attitude towards sport‘, Eric was involved in headmaster Mr Routh’s Gilbert and Sullivan opera productions. He sang principal roles in The Mikado, The Gondoliers and The Sorcerer.

After graduating from the Grammar School, Eric went on to sing in the Royal Opera House, Covent Garden, for over 40 years, taking on over 70 roles.

Eric passed away in 2009, and his memorial service was held at St Paul’s Church, Covent Garden, London.