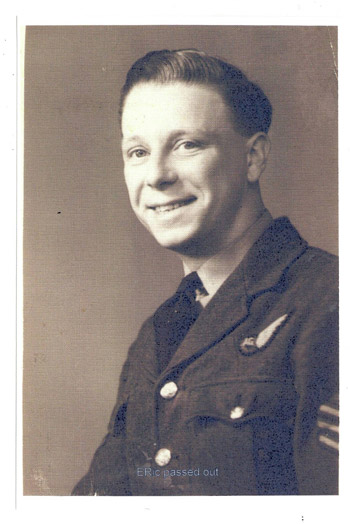 Eric joined the Grammar School in 1922. After leaving, he worked at Skinningrove, in the offices of the steel works.

In 1942, Eric joined the Royal Air Force, and served as a Flight Sergeant (Air Gunner) in the Volunteer Reserve.

Sadly, Eric was killed on 19th December 1944 when his plane crashed into Norman’s Law, a hill in Fifeshire. He was only 22 years old.

With grateful thanks to Mr Would’s brother, Mr W. A. Horner