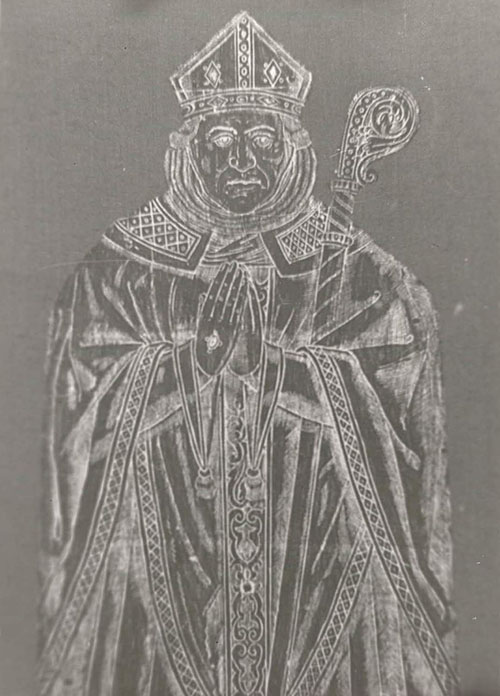 The founder of the free school and almshouses in Guisborough, Robert Pursglove led a full and interesting life at a turbulent and dangerous time in English history.

He was born in or around 1504 in Tideswell, Derbyshire, to Adam Pursglove and Mudwina Bradshawe, members of the local gentry.

Pursglove was educated at the prestigious and highly advanced St Paul’s cathedral school, London.  The founder of St Paul's School, John Colet, was a humanist and progressive thinker. Indeed, the young Robert would have been surrounded by the prominent thinkers of the day. One of the schoolmasters in his time, William Lily, was the author of the most influential Latin grammar textbook in the history of English education.

After he left St Paul’s School, Pursglove began his career as a novice monk at St Mary Overy’s in Southwark (London). From there he went to Corpus Christi College, Oxford, another prestigious and forward-thinking institution, and the first college in England to employ a lecturer to teach Greek.

From Corpus Christi, Pursglove went to Gisborough Priory where he was installed as Prior in 1536 when he was in his early 30s. He succeeded James Cockerill, who was later implicated in the Pilgrimage of Grace, and executed. Unlike Cockerill, Pursglove was friendly to Henry VIII’s administration. He enabled the dissolution of Guisborough Priory, a process that was completed in 1539.

Pursglove became a prebendary of York Minster while still Prior, and was later appointed suffragan Bishop of Hull and Provost of Rotherham College.

His career ended in 1559 when he refused to sign the Oath of Supremacy and recognise Elizabeth I as Supreme Governor of the Church of England. He was forced to retire, and had several travel restrictions placed on him during the remainder of his life.

In 1561, he returned to Guisborough and founded his free school and almshouses – the Jesus Hospital. He also founded a free school in his home town of Tideswell.

Pursglove involved himself very closely with the running of the hospital. He was one of the three key-holders for the large oak chest where the documents and money were kept, and he corresponded with the Wardens.

Above right is a rubbing of his tomb brass from Tideswell Church. He is shown wearing the kind of ecclesiastical clothing that he would have worn as Bishop of Hull. This garb was no longer legal by the time of his death. It is possible that he commissioned and paid for the brass himself, a common practice at the time; if this is the case, then the brass shows us Pursglove as he wanted to be remembered.

This article owes a heavy debt to Dan O’Sullivan’s booklet ‘Robert Pursglove’. Mr O’Sullivan taught History at Prior Pursglove College, and was guardian and researcher of the archive during his time at the college.