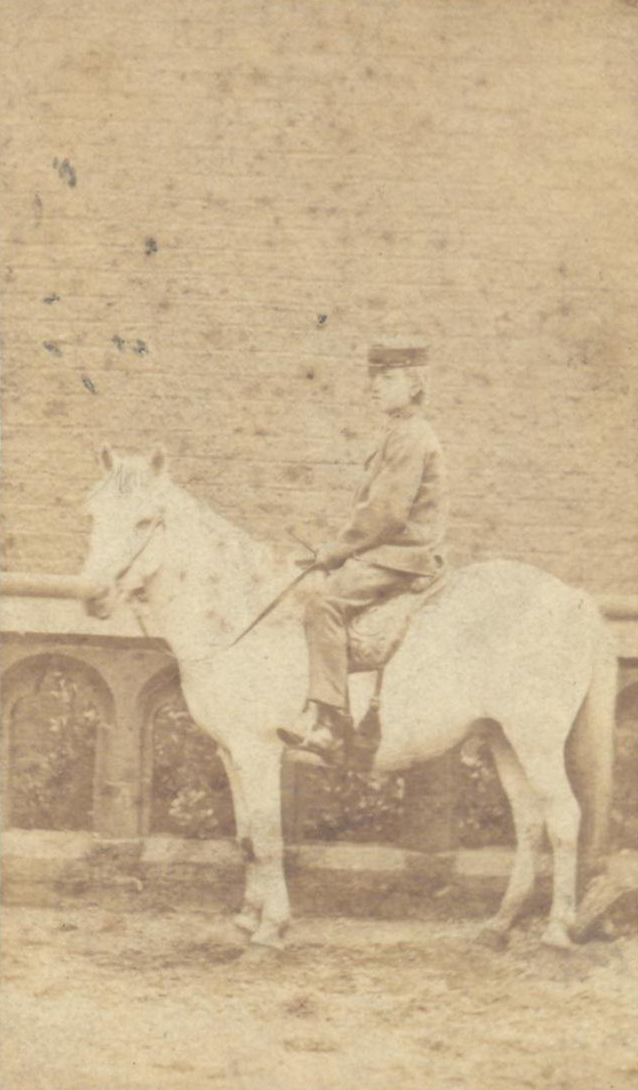 This is our earliest photograph of a student. It shows Thomas Weardale sitting on the pony he rode to school every day, and was probably taken around 1860.

Thomas attended the free grammar school at Guisborough Hospital in the late 1850s to early 1860s; the school records from that time have not all survived, so we do not know exactly which years he was here. He was born in 1848, and lived at Barnaby Grange Farm just north-west of Guisborough.

On 19 August 1864, a Roman cavalry helmet was found at Barnaby Grange Farm. Thomas would have been sixteen at the time.

The photograph of Thomas on his pony was sent to Guisborough Grammar School in 1929 by one of Thomas’s descendants.  Thomas’s grandson and his great grandson also went to the grammar school.